He completed his Master's Degree in History and Comparative Literature at the Faculty of Humanities and Social Sciences in Zagreb. He lectures History of Croatian Cinema at the University Department of Croatian Studies and Croaticum, Department of Croatian Language and Literature at the Faculty of Humanities and Social Sciences in Zagreb. He was the executive editor of film magazine Hrvatski filmski ljetopis and regular collaborator of Filmonaut magazine. His texts and comments on film were published in monographies on classic directors (Tanhofer, Papić, Babić), programs of national television, Kulturpunkt.hr portal and elsewhere. He collaborated with numerous festivals, such as Animafest Zagreb, ZagrebDox, ZFF and Festival of Tolerance (JFF) as head of the media office, editor of festival publications, author of articles and moderator. He was a jury member at the festivals in Solun, Gijón, Split and Zagreb. He has worked in journalism, scientific publishing and public relations, and also as researcher and assistant of the documentary production. His articles on literary themes were published in various magazines, such as Književna republika, UBIQ and Autsajderski fragmenti. He works on historical studies of Croatian and Yugoslavian cinema, essays on various themes of world cinema and popular culture in general, and has received the SFERA award for his work on theory of science fiction. He is a member of the International Federation of Film Critics (FIPRESCI) and the Croatian Society of Film Critics, and editorial board member of UBIQ and Croatian Cinema Chronicles. He also works as expert associate of the leading Croatian Sci-Fi and fantasy publisher Hangar 7. 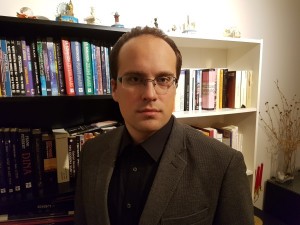