Milan Maxa Maksimović (1984) graduated economy and customs management. He is a designer of printed media and websites. He founded the SF-Srbija association and portal while also being the editor-in-chief of the portal and association's fanzine Raketla. The SF-Srbija portal was active continuously for more than 10 years, uniting the visitors from Serbia and whole region through its content of genre literature, comics, movies, TV series, games and original stories. Three issues and one double issue of Raketla fanzine were made, more than 1000 pages in total. With its modern look, the fanzine quickly attracted numerous readers and became one of the largest fanzines in the region. It featured works by Dejan Stojiljković, Miloš Petković, Branislav Janković, Marko Stojanović, Igor Jovčevski, Filip Andronika, Tihomir Stevanović, Željko Obrenovič and numerous other regionally and globally known authors.

Today, Milan is the deputy president of the Jedi society which works on humanitarian projects, education of the youth and entertainment. They organize the annual JediCon convention in Niš. He is very active in cosplay. 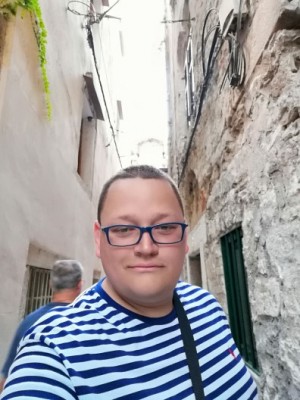