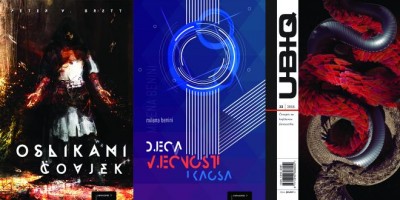 Leading Croatian publisher of SF, fantasy and related genres introduces you to its rich portfolio of novels, stories, graphic novels, board games and miniatures, with recent additions of literary theory and film studies for connoisseurs. With a little bit of stand-up comedy and tedious presentations we will demonstrate our work, entertain you, offer generous advices to upcoming writers, announce our future efforts and of course tell you how we managed to persuade EU that financing SF is great. It can be done. If you are interested in Karel Čapek and robots, Blade Runner and replicants, Indiana Jones, Star Wars, Star Trek, Expanse, Conan, Lovecraft, Dan Simmons, Iain M. Banks, Ursula K. Le Guin, Stanislaw Lem, China Miéville, Peter V. Brett, Brandon Sanderson and SF culture in general see you in Ormož.

Davorin Horak is probably the most agile editor of SF literature in recent Croatian history, as well as one of the uniquely successful small publishers in Croatia's bookselling market. Editor in chief, publishing initiator and jack of all trades for media house Hangar 7, from 2008 onwards he contributed to the vitality of domestic scene particularly with re-establishment of magazine Sirius (now as Sirius B) and website Inverzija.net, unavoidable information and evaluation platform for written and film genre reception, while he secured his spot in the history of Croatian fandom by editing Parsek and Sferakon collections, Futura and Monolith, organizing Sferakon and being an active member of Sfera Society from 1980. During his lively career he studied architecture, created games for mobile phones and PC, made illustrations and became marketing expert. It goes without saying that his face and baseball cap are omnipresent in fandom and that his sleeve is most likely to be pulled at by almost every aspiring writer in the field. Aside from Titan and Nebula, best off almanacs from SF history, Hangar 7 managed from its inception in 2008 to publish for the first time or in new and better translations both bestsellers and classics by writers such as Corey, Tchaikovsky, Čapek, Pratchett, Gaiman, Lovecraft, Lafferty, Brett, Howard, Dick, Stross, as well as graphic novel series Metabarons by Jodorowsky and collaborators. While it took over the important task of organizing publishing of the literary magazine UBIQ, Hangar 7 also supported Croatian writers such as Ivana Delač, Bobi Belan, Milena Benini, Vladimira Becić, Dalibor Perković, Ivan Lutz, Ed Barol, Veronika Santo, Goran Gluščić, David Kelečić, Oliver Franić, Danijel Bogdanović, Ivan Lutz… by bringing their novels to the market. 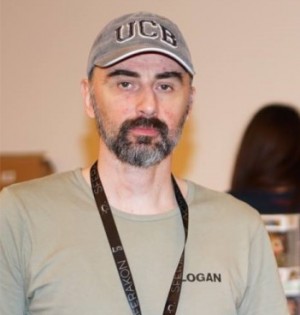