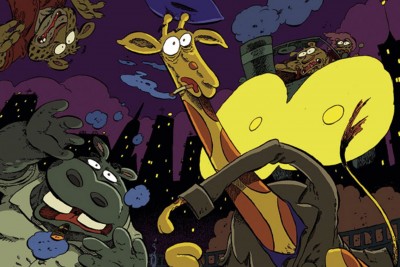 Izar Lunaček is among the best-known and most prolific Slovenian comic book artists of the younger generation. He also stands out due to his education, he is namely academy-trained painter, has degree in comparative methods and PhD in philosophy.

His comics were published in Stripburger, Slovenske novice, Delo and Mladina, and also in several albums. He also draws illustrations and caricatures which he publishes in various newspapers and magazines. He has also illustrated numerous books, with three of them receiving the Golden Pear, the sign of quality children’s and youth literature.

He is known as the author of Slovenia’s first online comic Paradise Misplaced (2009–2011) and the first original Slovenian comic published by a major US publisher, Animal noir, created together with Nejc Juren. It was published in the USA in 2017 by IDW, followed by Slovenian translation entitled Kosmati krimič by Cankarjeva založba the same year.

We will prepare an exhibition of his selected works and also have a word with him, live and in colour! Don’t miss this opportunity to meet the future of Slovenian comics in person! 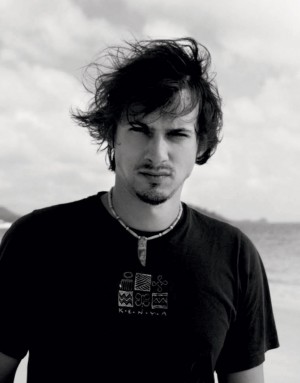