Grossmann Fantasy, Sci-Fi and Comics Festival » Program » Round table: Dune: Then and Now

Dune by Frank Herbert, published in 1965, is one of the most relevant and most popular science fiction novels in the history of the genre that has won both Hugo and Nebula awards and is one of the rare examples of SF work that has successfully managed to transform its setting into a driving force of the story. Apart from its ecological subtext that makes Dune particularly relevant today in the context of climate change, among its many layers this work also contains warnings of charismatic leadership and fallacies of separating logic and/or mysticism from the entirety of human being. At first sight an imperial saga about intrigues of the warring fiefs and local population caught in between, with significant elements of fantasy and cold war allegory on oil, Dune is in fact a complex cognitive parable that inspires not only later ecological SF and fantasy, but also films, miniseries, board and video games… among which we also find perhaps the greatest film project that was never realized. On the significance of Dune both today and in the history of speculative fiction, in the atmosphere of once again growing popularity and highly anticipated new movie, leading Slovenian and Croatian writers and theoreticians of SF discuss Herbert's work. 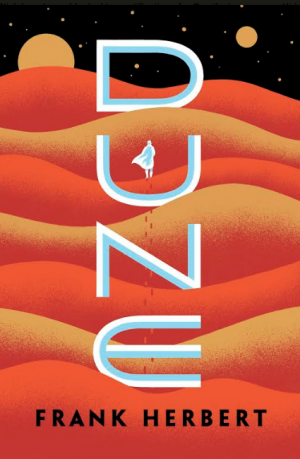