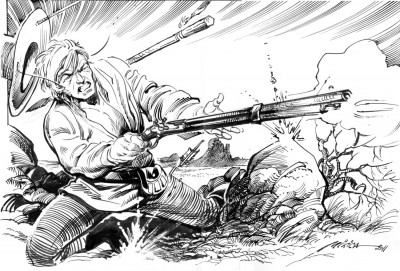 Miodrag Mikica Ivanović started drawing his first panels in 1974. In 1979 he took part in competition, organized by “Dečje Novine” from Gornji Milanovac. Two years later, he made his first short comic for Stripoteka magazine. Comic “Dude”, that he made together with writer Dušan Vukojev, was bought by Forum from Novi Sad but was never published. In 1982, he started working on licensed comic “Veliki Blek” for Dnevnik from Novi Sad. He made eleven episodes, nine of which were published, while two were lost and unpublished due to the breakup of Yugoslavia and the situation which it caused. Simultaneously with “Veliki Blek”, he also made short western stories as extra comics in legendary editions “Zlatna serija" and "Lunov Magnus Strip", for which he also drew more than 100 covers. He also worked on the “Mad Max” comic for Dnevnik. Since 1986, he was also working on “Ninja”, at that time very popular comic that was published by “Dečje Novine” in the “Eks Almanah” magazine. He made more than 25 episodes of this comic, along with numerous covers for the aforementioned magazine. Based on his work until then, he got an opportunity to work on licenced comic “Tarzan” for Novi Sad-based Forum/Marketprint in 1989. At the end of the 1980s, he was also working on horror comics for German market. In 1994, he was working on a new hero for “Politikin Zabavnik”, but this work was never published.

Besides comics, he also published numerous caricatures during this time in "Politika ekspres", "Danas", "Intervju" and "Jež". He made our version of Conan for “Politikin Zabavnik” and Aladin for “Mali Zabavnik”. He was awarded the first prize at the International Competition for Original Comic Book Story in Veles, Northern Macedonia.

Belgrade-based publisher “Forma B” released three integral albums containing nine episodes of Veliki Blek authored by Ivanović. In 2020, he inked the drawings of Geza Šetet and made the cover for the Latin version of The Mountain Wreath, based upon the literary work by Njegoš. 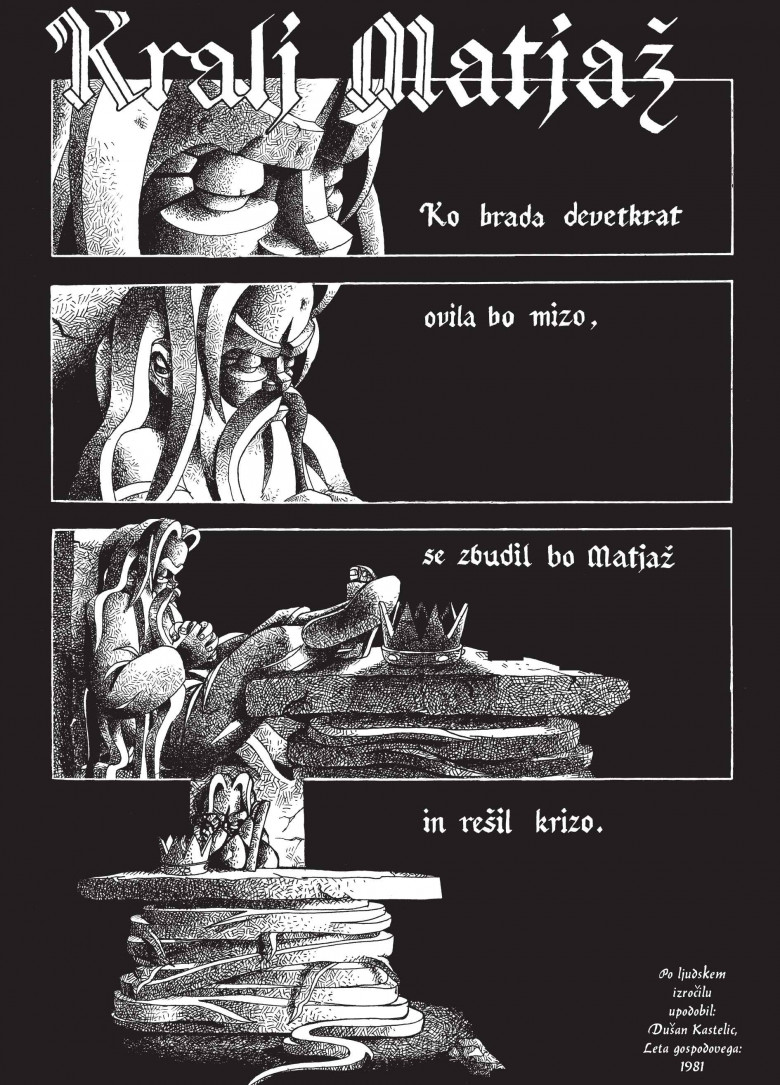 Dušan Kastelic was born in 1964 in Trbovlje. Very early on, he showed interest in drawing and storytelling. His first comics were published while he was in high school. By the time he studied at the Education Academy, he was already making a living with illustration. After finishing his studies, he started working as a teacher and then a few years as graphic designer. Since he got very interested in storytelling through images, he dedicated himself full-time to comics and illustration. In the following years, he published in all high-profile Slovenian magazines, mostly in Mladina, where they also published longer comics “Partizani” and “Afera JBTZ” that received a lot of attention.

Later, he developed an interest in new media and animated films, so he founded the BugBrain Institute for Animation, where he started making animated films and computer games with his collaborators. He is one of the pioneers of computer animation. His films, such as “The Box”, “Perk” and “Chicory 'n' Coffee” were screened at more than 300 international festivals and have received over 100 awards at home and abroad. In 2019, he received the Prešeren Fund Award. Currently, he is teaching computer animation at the School of Arts at the University of Nova Gorica. 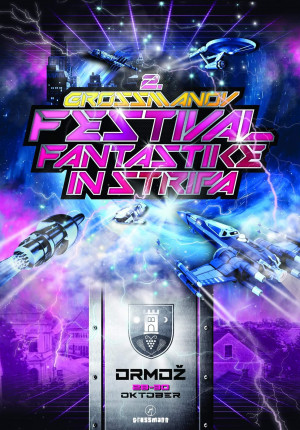 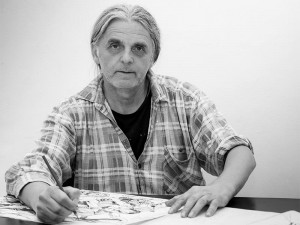 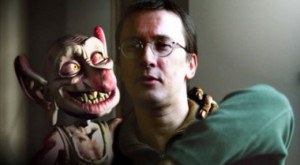