The lecture will talk about how some wrong assumptions in numerous cyberpunk works reveal some crucial mistakes in the Western way of thinking as a whole; how anorganic intelligence is superior to organic; how human conscience is also an effect of anorganic intelligence; how this conscience is actually an »extraterrestrial« (so-called »my« conscience, qualia, isn't my interior, »I« am an external experience of my brain, its exo-qualia). But this does not mean that the »brain« (in the sense of neurological hardware) is creating the conscience, it is the »software« in the brain that does it, and we don't have any clue about this software, because it does not use mathematics and logic known to us. This infra-mathematics is anorganic intelligence, a technology which has been, in different variations, at work since the very »beginning« of the universe. As opposed to that, the Artificial Intelligence is created by mathematics and logic that is known to us (based on language and symbols), therefore AI is a terrestrial creature (result of human conscience and symbolic procedures), man is extraterrestrial (result of »unconscious«, unsymbolic intelligence in us and in the whole universe).

Zoran Roško (b. 1960) graduated at the Faculty of Humanities and Social Sciences in Zagreb at the departments of philosophy and comparative literature. He writes essays, reviews and prose. He was the editor of magazines Libra Libera, Quorum and Tvrđa. For five years, he was editor-in-chief of cultural magazine Zarez. He published a book of theoretical texts Paranoidnije od ljubavi, zabavnije od zla : reklame postojanja i halucinogene istine: rekreacijska teorija za unutarnja tijela (2002) and novels Ljepota jede ljude (2011), Minus sapiens (Oceanmore, 2017) and Bogart i Seranoga (Oceanmore, 2020). He edited an anthology of translated stories by American innovative writers Moje noćne more prelijepe su za ovaj svijet (Oceanmore, 2010). He runs two blogs: »Roškofrenija« and »Zoran Rosko Vacuum Player«. 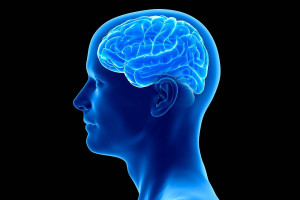 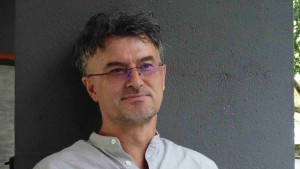