Teenager Sara is targeted by her peers due to being overweight. Following a particularly cruel humiliation at the poolside, an unusual stranger comes and kidnaps her tormentors. When a dead body is found in the pool, it’s clear that the stranger is a killer. What will Sara do now?

Director Carlota Pereda based Piggy on her eponymous short film which won the Goya Award and the Forque Award in 2019. Even though we’ve seen numerous films dealing with peer-on-peer abuse and teenage troubles, Piggy delivers an entirely unique, devastating blow, from psychological abuse to unhinged splatter. 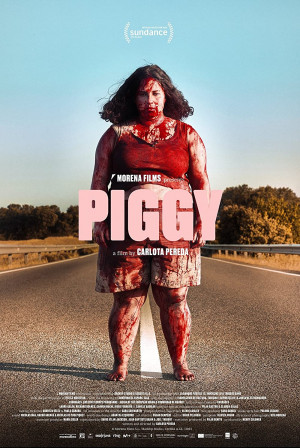