Director, writer and editor Tomaž Gorkič won numerous awards for his debut feature Idyll (2014). In 2019, he made the slasher comedy The Curse of Valburga. He also made numerous short films, videos and commercials. Currently, he is preparing his new horror feature The Moon of the Kurent, which was also presented as a project at last year's Bifan in South Korea. 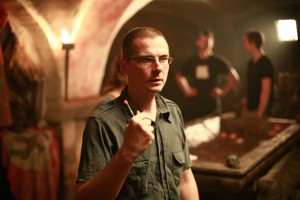 Film program
The Moon of the Kurent: Ritual